The Story of Dave: Teen Drug Use and the Tough Approach that is Needed

I recently spoke with an individual whose sixteen year-old son had taken up binge drinking on the weekends and smoking marijuana on an "almost daily" basis. To make matters worse, this teen was doing it at home and under his parent's watchful eyes -against their wishes. There were numerous battles between the teen (we'll call him "Dave") and his parents, but in the end, Dave continued to do what his parents detested and life dragged on for all of them. 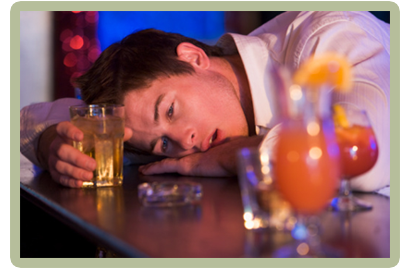 Over the next few months, Dave's grades plummeted, his hygiene deteriorated, his motivation diminished, and his personality became less appealing. He became aggressive and irritable. Dave seemed to think that it was okay to sit around all day long smoking pot and listening to music while locked away in his room with one or two of his "pot buddies." He became more and more irritable with his parents each time they questioned his behavior or tried to put a stop to it. Eventually, his parents grew tired of the endless battles and ultimately retreated, leaving Dave to do as he pleased around the house. Dave was on probation but that didn't seem to faze him. He invited friends over at all hours of the night, despite his parent's repeated objections. He "borrowed" money from his mom's purse without her permission. He stole alcohol from his dad's liquor cabinet and tried to cover it up by filling the half-empty bottle of vodka with water. He threw a party at the house while his parents were away visiting a sick relative. He even allowed a homeless man to spend the night at his house even though he had only met the man one day prior.

Dave was out of control and his parents knew it. They tried to get him to go to treatment but he only responded with threats and accusations. He refused to stop using alcohol and drugs, saying they "calmed (him) down and helped (him) deal with his problems." Dave was very manipulative and his parents took the bait each and every time.

Finally, Dave's dad was sitting in the kitchen eating a slice of pizza one evening when the idea struck him... Dave needs a serious dose of reality.

"He needs to know that the consequences of doing drugs at home will be the same as if he were caught doing them in the community. He needs to know that he will no longer be welcome to break the rules or the law while living at home." Dave's dad thought to himself. "Things are going to change immediately!"

That night, David's dad discussed his plan with his wife (Dave's mom) and later they spoke with Dave. He was given an ultimatum: Get treatment or go to jail.

Dave was told that the police would be called the next time drugs are found in the house or on his person. He was also told that his probation officer would be made aware of any and all curfew violations or aggressive behaviors and that charges would be pressed any time money is "borrowed" without permission. Also, he was told that no more money would be given out for food, entertainment, or any other reasons until treatment was completed. All remaining privileges were also removed. His TV and Xbox were taken out of his room and the cell phone that his parents footed the bill for was also taken away.

Things got rough initially, but when Dave realized his parents weren't kidding, things got much better and it was only a matter of about two weeks before he decided treatment was his best option. He was already too far behind in school, he had no income, and his life was spiraling out of control. He entered a treatment program (covered by his parents insurance) and flourished under the structure and guidance provided by the facility where he stayed. Ninety days later, Dave's parents brought home a new and improved Dave. Their tough stance made all the difference.